The puppet exhibition “The Pumpkineers – puppets that grows in field”

Puppet  Studio Kvak is organizing exhibitions of Vlasta Pokrivka's puppets created during the 46 years of  the theatre existence. All the puppets are made of dried gourds, fruits that abound in these regions, so they are very interesting for the public in the Croatian area, but also specially for the auditorium of the European countries where the gourds do not grow because of the lack of sunlight. 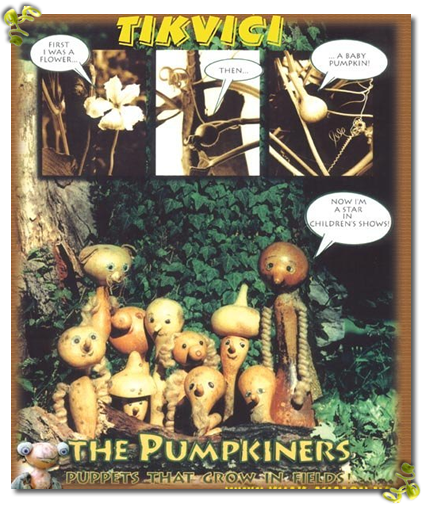 We shape what nature has given us, with minimal additions (always from natural materials) and we let it talk through our Pumpkineers  all about itself,  which we sometimes forget in the whirlwind of life. 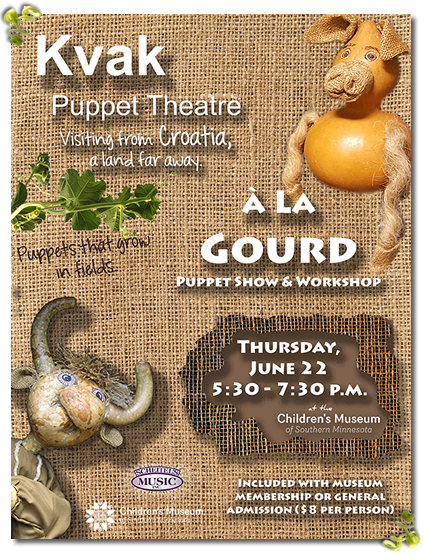 The exhibition contains lots of puppets and small scenes in which we see how Pumpkineers grows, laughs and solves problems.