"I was impressed with the Puppet Studio Kvak , not only because they performed the educational function, but above all because of their artistic charge. All this was nothing but an examination of the creative possibilities of the material, and that is extraordinarily important.  And that is exactly kind of search that is missing in professional theaters. "
(Henryk Jurkovski, president of the World Federation of Puppets) 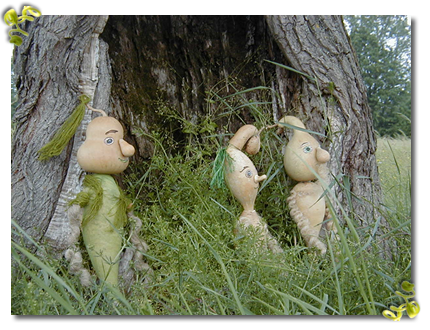 "In a small, close puppet studio" Kvak "in Kamenita Street, we met during the PIF with another little puppet miracle – The Pumpkineers. For years, the art director Vlasta Pokrivka has been growing hard by  those species that produce the fruits of the most diverse, fantastic and when it is dried, it shapes them in really miraculous artifacts. Sometimes it is enough to paint a pumpkin to make a puppet of it. Sometimes it is necessary to connect them and add a few pieces. Sometimes it is necessary to use the hand in animation to revive the creature so much real and yet to be met by those metaphysical spheres that can only be reached by the puppet in the theater, only that, according to Craig, the scene of emanation of divinity. "
(Dalibor Foretić, theatre critic)

"... In Croatian puppetry, the quintessence of Croatian naive in painting is almost the same: something completely original, brilliant and - just ours!"
(Stijepo Mijović Kočan, writer and critic)

"... perhaps the most significant and most beautiful moment of the PIF was the performance of the" Kvak "Puppet Theater in Zagreb: one pair of skirts and a dozen puppets made of the gourds of the most unusual forms, was enough for that group of puppeteers to perform the unforgettable stylistic purity and subtle beauty, which we rarely saw in our puppet theaters. "
(Dalibor Foretić, theatrical critic)

"This theater addresses the youngest, and with its freshness and beauty, its artistic purity, the words of wisdom and the music played by the puppets, provokes viewers of all ages."
(Marija Grgičević, theatrical critic)

"... These are programs for preschool children: an introduction to fantasy and perception of the world, and its gentle and soft hand on a child's head.."
(Ivo Braut) 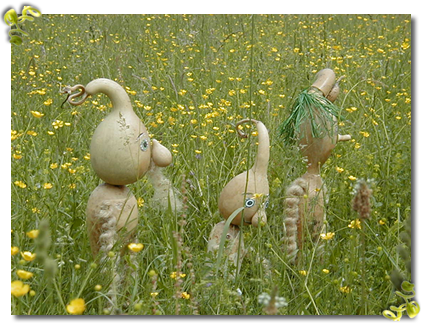 "All the puppets of the world are usually quietly living in some strange space, so there is little known about  them, and these gourd puppet  have preserved somehow the purity and shyness of the village gardens where their bodies grew.

It is unthinkable that the theater "Kvak" has made a difference in the small, puppet form of our country. Starting from the notion that puppets are not copies of living characters but symbols, bridges to our souls, they become a kind of haiku poetry, which addresses our emotions. "
(Spomenka Štimec, prof.)